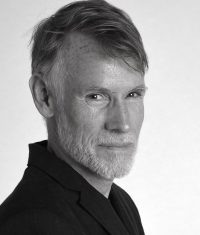 John Wright is a doctor and epidemiologist with a background in hospital medicine and public health in the UK and in Africa. He established and leads the Bradford Institute for Health Research and Wolfson Centre for Applied Health Research, working to speed up translation of medical research into practice and policy. He is the Director of Research for the City of Bradford.

In 2007 he set up the Born in Bradford (BiB) cohort study which is following the lives of over 13,000 families as their children grow up. Evidence from BiB studies has informed local, national international policies and led to improvements in clinical practice and public health. In 2016 he set up Born in Bradford’s Better Start cohort to test new approaches to providing the best support in the crucial period of early life. In 2019 he established ActEarly – developing a whole systems City Collaboratory approach to improving the health and life chances of children from deprived communities in London and Yorkshire.

He has worked to develop sustainable public health programmes in Africa for over 25 years and in 2015 was awarded the West Africa medal by the Prime Minister for his work in the Ebola epidemic.

He is Visiting Professor in Clinical Epidemiology at the Universities of York, Leeds and Bradford and has authored of over 300 papers and three textbooks and been awarded over £145 million in research award funding, £40 million as chief investigator.