Around 6000 women give birth at the Bradford maternity unit each year, it is a busy unit, but research, like quality clinical care and safety is integral to our unit. By taking part in large well-designed trials the Bradford maternity unit contributes to the generation of high quality evidence that will improve the health and well-being of women and their infants. It is important that all women have the opportunity to take part in research, so we aim  to ensure that all women are aware of what research studies are being conducted in their maternity unit.

The research and clinical teams identify potentially eligible women and provide them with information about the research study. If a woman is eligible and agrees to take part, the team will enroll her in the study. The team keeps in close contact with the woman throughout the research period, which can be up to one or two years after birth.

We collaborate with colleagues across the UK and overseas to ensure the important questions that will make a real difference are answered. We also conduct our own research. Our research interests include: gestational diabetes, hypertensive disorders of pregnancy and maternal and child obesity. 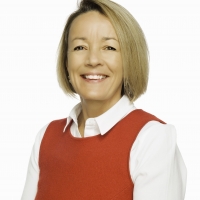 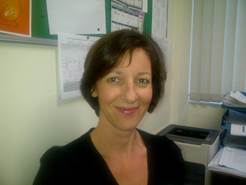 Janet is an obstetrician and gynaecologist who has been involved in research for many years, she has a particular interest in caring for women expecting twins and in research being undertaken to prevent the problems they are more likely to experience such as preterm birth 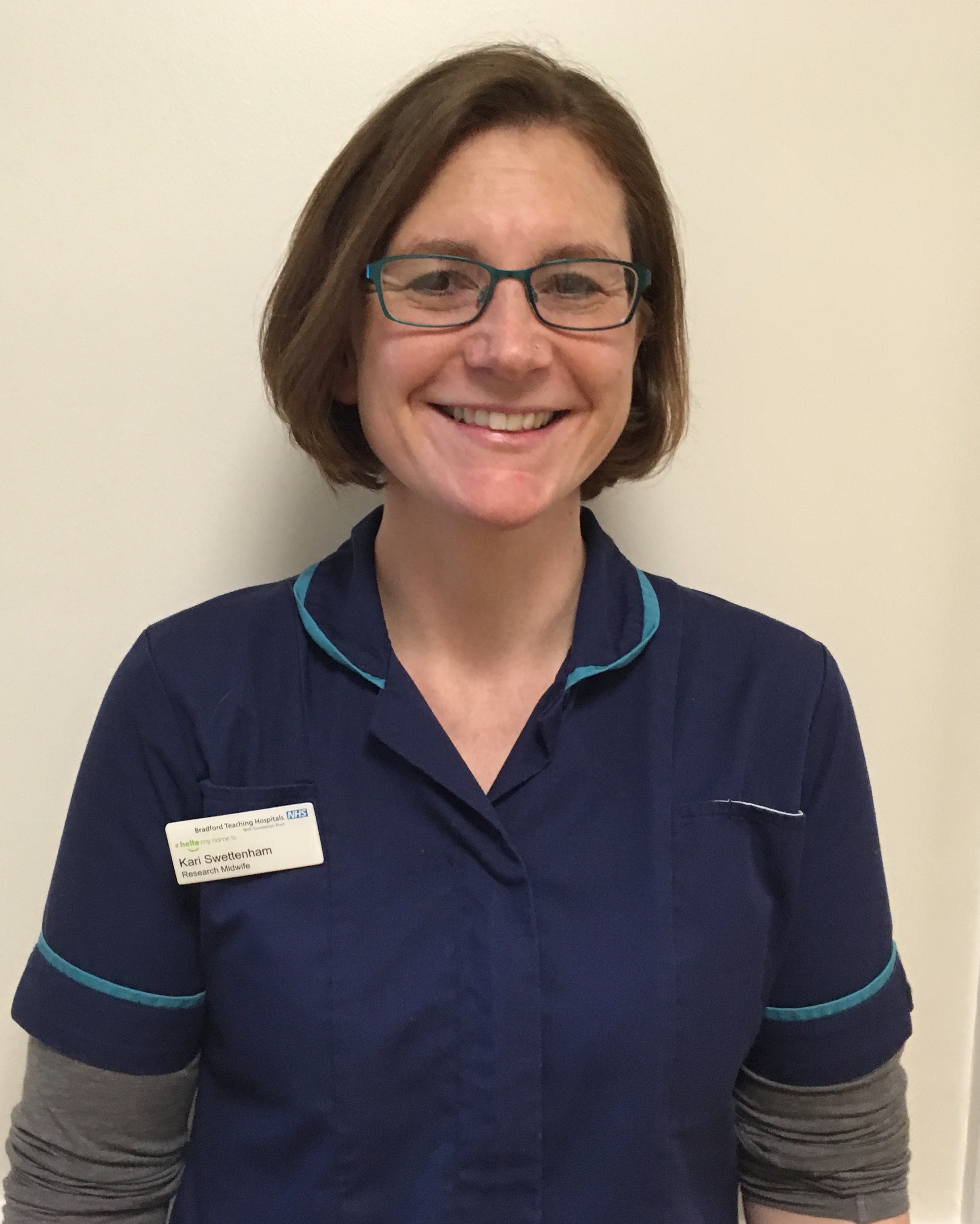 Kari has several years experience working with pregnant women taking part in research trials and studies within maternity services. Kari is passionate about research, women's health and working to improve the pregnancy experience and outcomes for women, their infants and their families 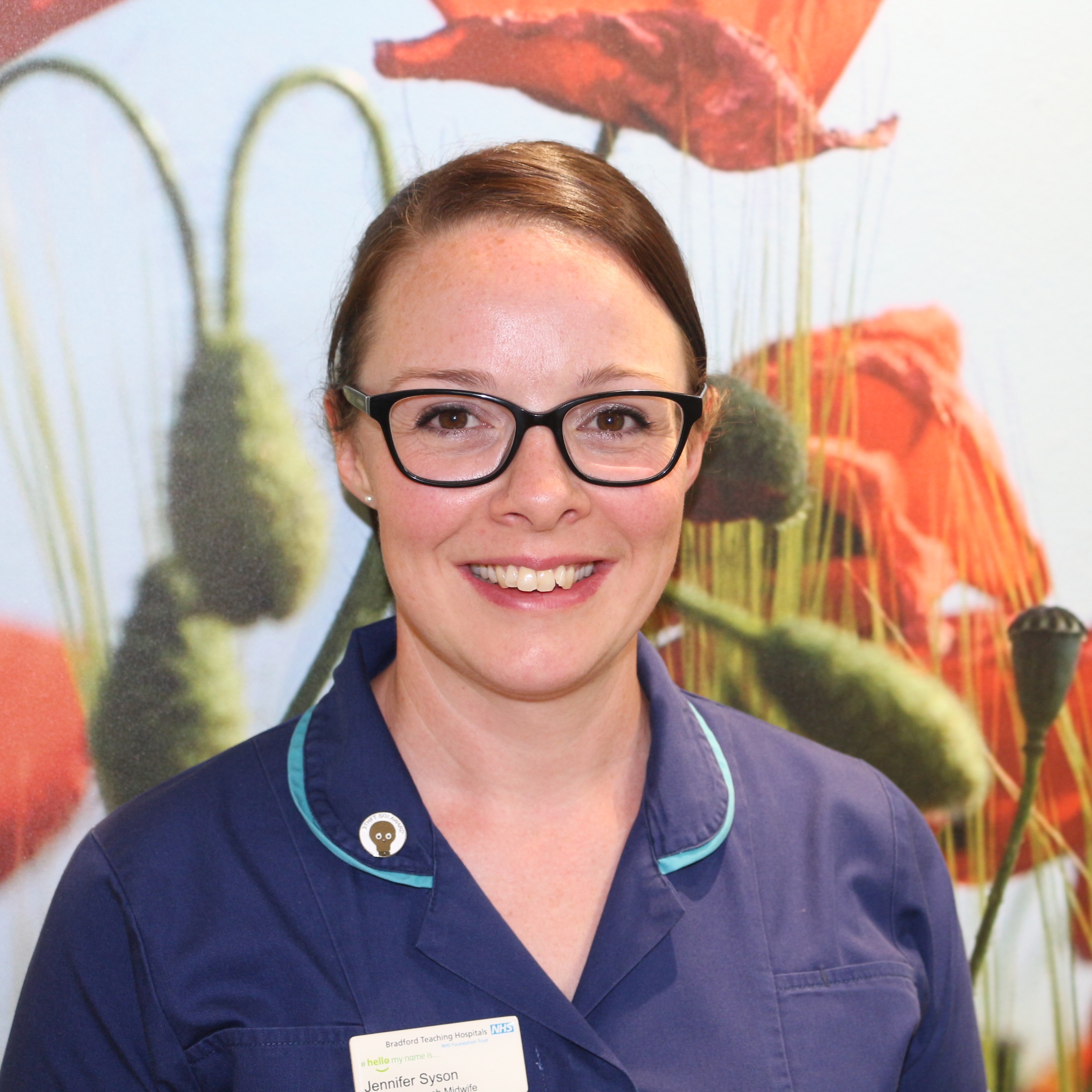 Jen is Senior Research Midwife and Research Matron at BTHFT. She is also Co-specialty Research Lead for Reproductive Health and Childbirth (RH&C) Yorkshire and Humber CRN and Chair of the NIHR RH&C National Research Champions. Jen has extensive experience and knowledge in the administration and logistics of conducting research within women's health services. 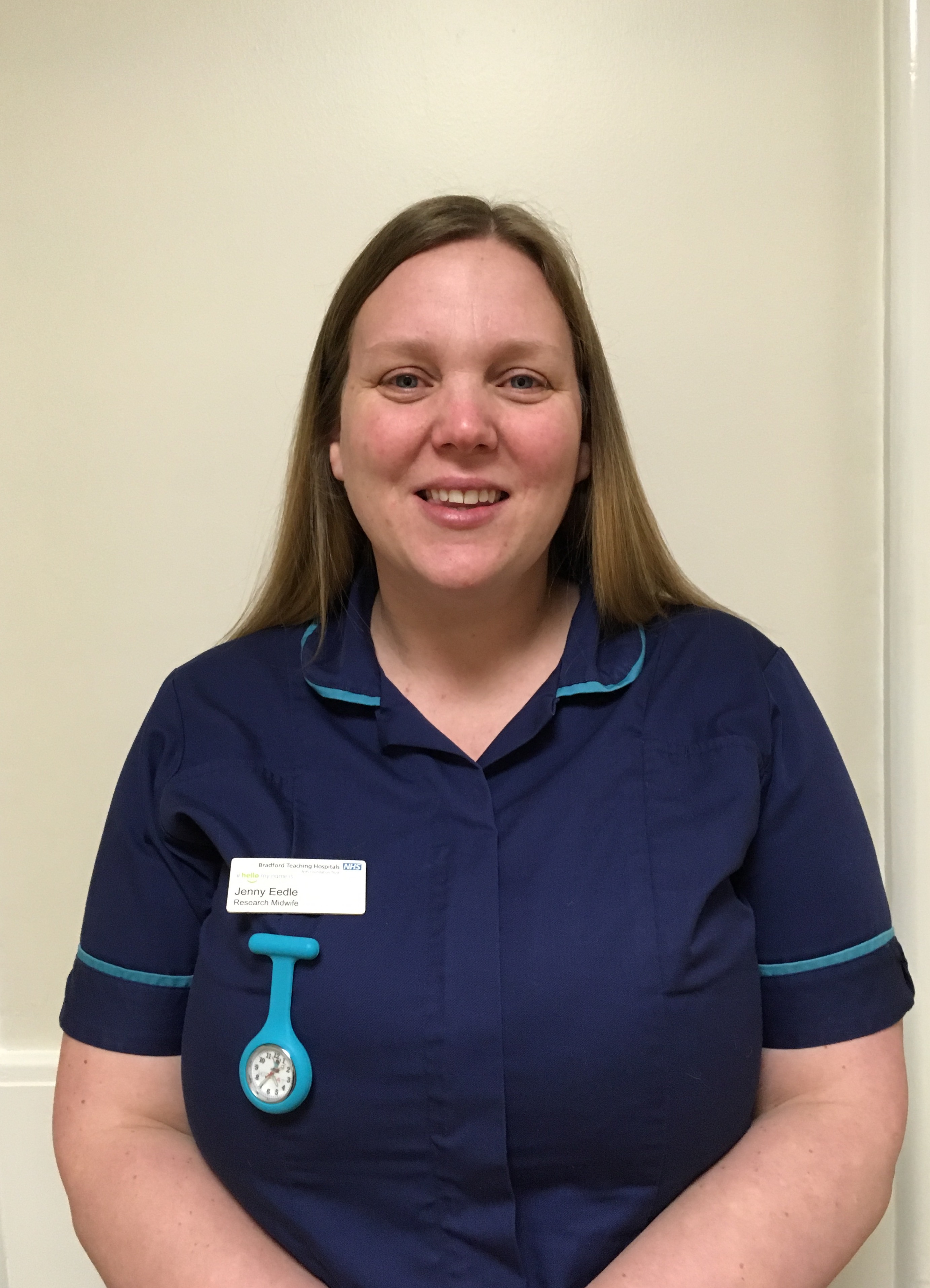 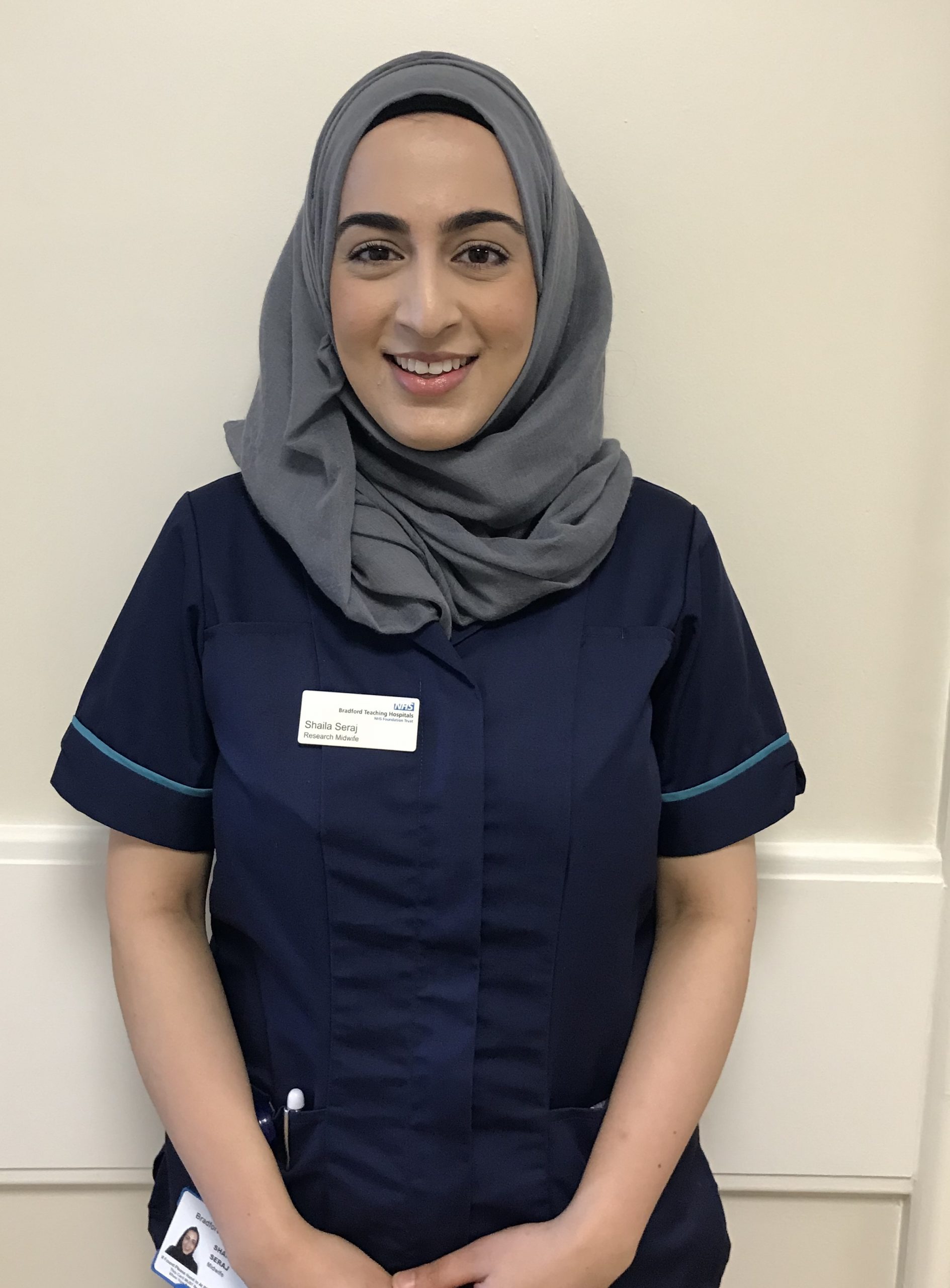 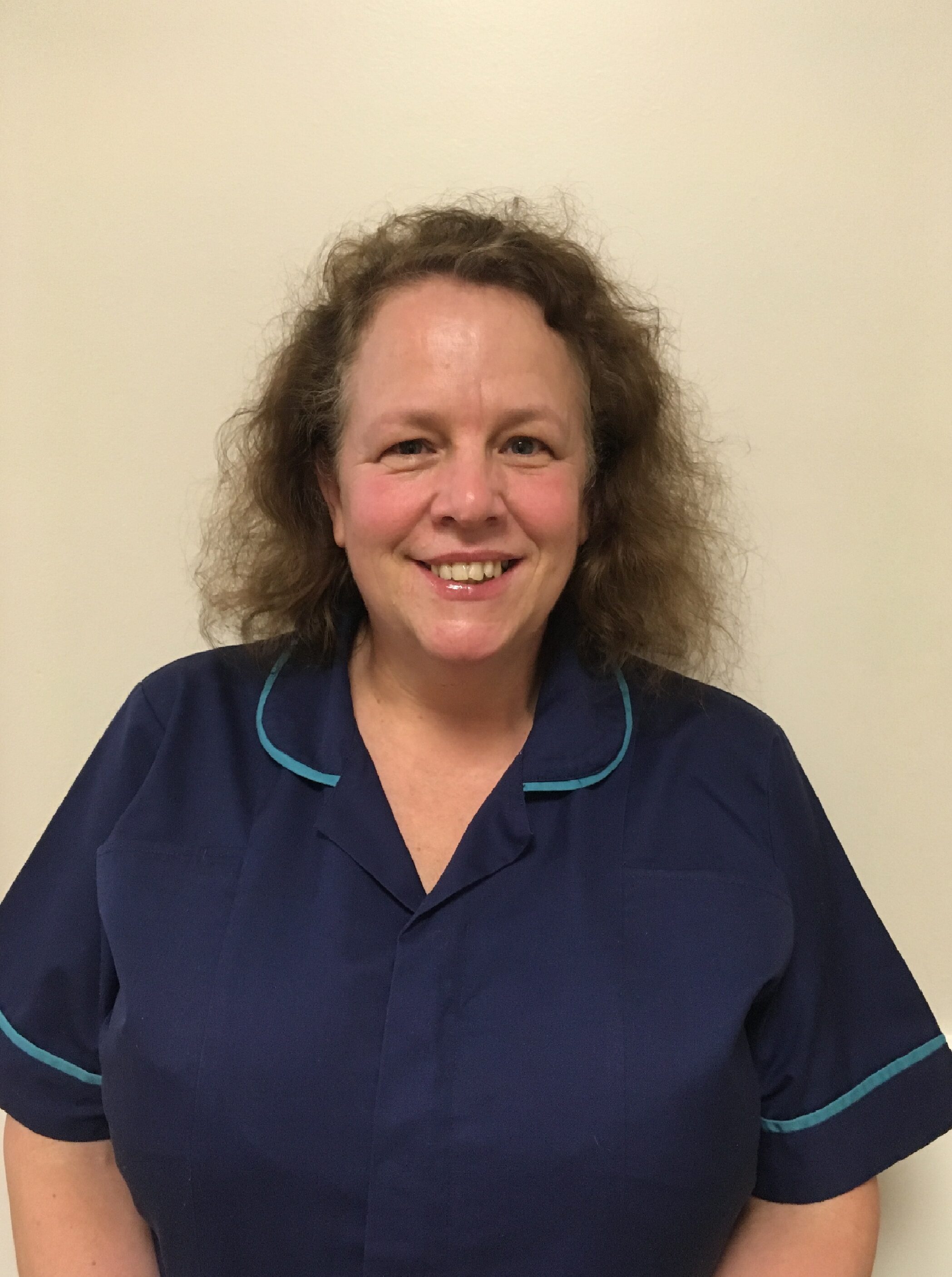 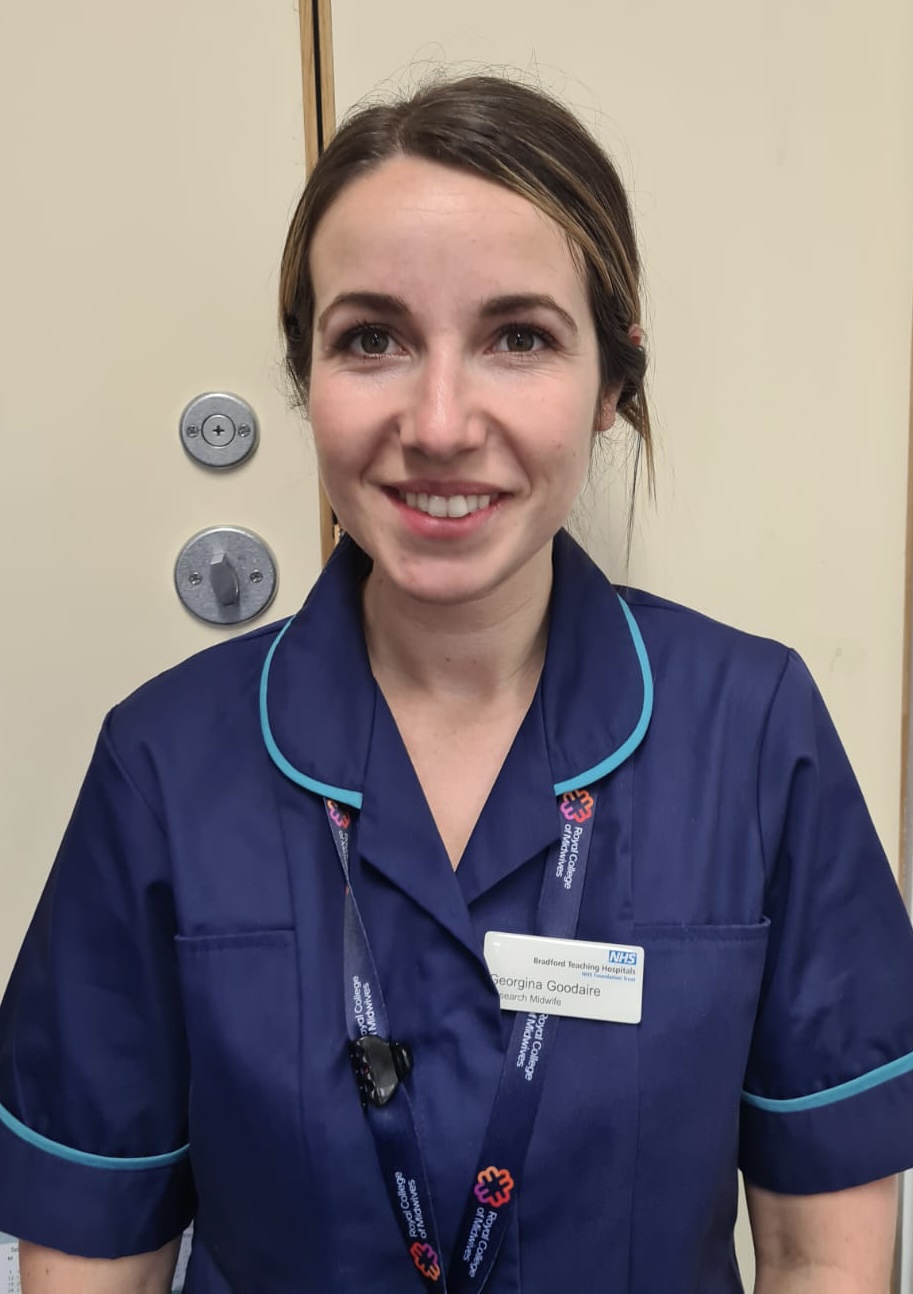 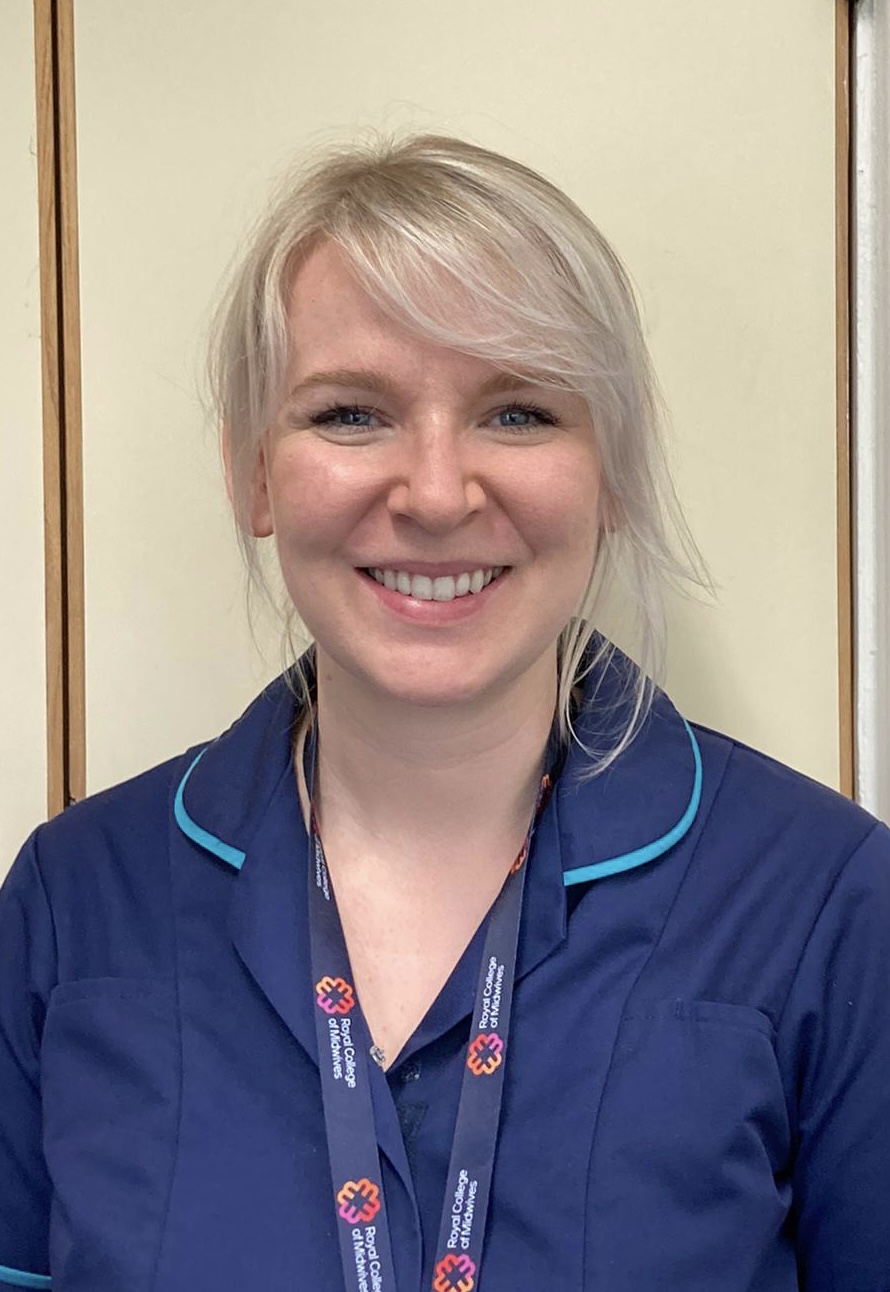 We are currently working on the following studies:

TTTs Multiple Pregnancy Registry: This is a registry collecting information about complicated twin pregnancies and triplet pregnancies.  This will enable long term follow up and help us to identify how care and treatment for women with these pregnancies can be improved.

WILL: This trial is investigating when is the best time to deliver at term for women with high blood pressure in pregnancy (but not pre-eclampsia).  It is comparing birth at 38 to 38+3 weeks of pregnancy to usual care at term.

CRAFT: Is investigating the role of previous caesarean section in labour in future preterm birth risk.

C-STICH2: Will find out if an emergency cervical stitch (cerclage) reduces pregnancy loss (miscarriage, termination of pregnancy, stillbirth or neonatal death within 7 days of delivery) in women who have threatened pre-term labour.

PURSUIT: A study to gain a better understanding of recurrent stress urinary incontinence treatment in Women and comprises a randomised controlled trial of endoscopic and surgical treatment

LAVA: To determine the clinical and cost-effectiveness of laparoscopic hysterectomy compared to open abdominal hysterectomy for women with a benign gynaecological condition

GBS3:  This study is looking at whether testing pregnant women for Group B Streptococcus (GBS) reduces the risk of infection in newborn babies.

COPE: Is examining the effectiveness of two drugs to treat primary postpartum haemorrhage- carboprost versus oxytocin

STOPPIT3: This study aims to find out if the drug antenatal corticosteroids (ACS) given to women with a twin pregnancy prior to planned birth
of twins reduces breathing difficulties in the twin babies.

ObsQoR: Is assessing the correlation between the ‘Quality of recovery from obstetric anaesthesia’ scoring tool and important outcomes including: length of hospital stay and readmission

RECOVERY: An investigation of potential treatments for patients with Covid-19 (SARS-CoV-2). Women who were pregnant and had recently had their baby were eligible if they were admitted to hospital with Covid.

ISARIC: Gathered information from people receiving care in hospital for Covid-19, including pregnant women, to enable us to understand the clinical characteristics of people admitted to hospital with Covid-19 infection, this will help inform the research and public health responses to the virus.

PREP: this investigated the longer-term (end of pregnancy) effectiveness of electronic cigarettes (EC) compared to the effectiveness of nicotine transdermal patches when used to help pregnant women smokers stop smoking.

C-Stich: For women thought to have a weakened cervix and treated with a cervical stitch this examined the effect of using different types of cervical stitch  to prevent pregnancy loss (miscarriage, stillbirth, neonatal death in the first week of life) and neonatal mortality up to one month post-birth: the stitches were a monofilament suture compared with a braided suture

We have undertaken research in several important areas including:

Farrar D, Tuffnell D, Sheldon TA. (2020) An evaluation of the influence of the publication of the UK National Institute for health and Care Excellence’s guidance on Hypertension in Pregnancy: a retrospective analysis of clinical practice BMC Pregnancy and Childbirth 20 (1): 101

Farrar D, Tuffnell D, Sheldon TA. (2020) An evaluation of the influence of the publication of the UK National Institute for health and Care Excellence’s guidance on Hypertension in Pregnancy: a retrospective analysis of clinical practice BMC Pregnancy and Childbirth 20 (1): 101

The third stage of labour: investigating the effect of different timings of umbilical cord clamping on the volume of blood transfused at term birth http://onlinelibrary.wiley.com/doi/10.1111/j.1471-0528.2010.02781.x/epdf

The use of Ursodeoxycholic acid has been a medication of choice for treating women diagnosed with Intrahepatic Cholestasis of Pregnancy. The PITCHES Trial compared Ursodeoxycholic acid with a placebo to assess outcomes for mothers and their babies. The trial found that the use of this medication did not result in significant improvements in outcomes for women including the level of itching experienced by women (a symptom of Intrahepatic Cholestasis of Pregnancy) or the amount of bile acids, which is the chemical biomarker used to diagnose the condition. The trial has helped to identify more precisely the levels of bile acids that are important in helping clinicians diagnose and treat the condition and further work will be needed in this area to identify a medication to treat Intrahepatic Cholestasis of Pregnancy effectively.

The Parrot Trial assessed if a biomarker called placental growth factor, which is a biomarker in maternal blood and produced by the placenta during pregnancy, could be used to help diagnose pre-eclampsia more effectively than existing methods. Women diagnosed with pre-eclampsia are at risk of having seizures, liver and kidney damage and stroke due to high blood pressure. Babies of mothers with the condition are at risk of having restricted growth and development and at worst can suffer stillbirth. The Parrot Trial found that the condition could be diagnosed earlier and therefore the care and treatment of the condition could be started earlier, compared to current methods of diagnosis.

This study compared Pethidine pain relief in labour to Remifentanil to examine the rate of women requesting an epidural.  The study found Patient-controlled remifentanil, via a pump, halved the number of women needing subsequent epidural. There were also fewer instrumental deliveries in the remifentanil group (15% vs 26%), there was no difference in the number of caesareans, but women reported greater satisfaction with pain management when given remifentanil.

Phoenix was a multi-centre randomised trial that compared early delivery with expectant management (delivery after 37 weeks unless clinically indicated sooner) in women with pre-eclampsia between 34-36+6 weeks gestation.  Women in the early delivery group were found to have reduced ill-health outcomes including very high blood pressure and were more likely to have a spontaneous vaginal birth compared to women in the expectant management group.  However the babies of the women in the early delivery group were more likely to be admitted to the special care unit due to prematurity but with no greater ill-health overall.

This study investigated women carrying a fetus with a brain abnormality (detected by ultrasound at 18 weeks gestation or more). The women were offered an MRI scan as part of the study.  The study found that an MRI’s diagnostic accuracy was 93% compared to 68% in ultrasound, this meant that additional information was gathered in half of cases and changed the prognosis in 20% of cases. Women said that MRI was acceptable to them.  As a result women are now offered an MRI if a brain abnormality is detected, this means that more information is available to help plan care.

The Impact of Research in Pregnancy

For the woman, pregnancy is a time when multiple physical and psychological changes take place and her baby will be growing and developing rapidly

Providing the right care at the right time can improve health outcomes (for example infant growth and development) and the mother’s experience of pregnancy and childbirth. It is clear that a woman’s health during pregnancy and how her baby develops before birth, can affect her child’s later growth and development. Pregnancy is therefore is a hugely important time where the foundation stones for future health are laid.

The interventions to treat conditions and the way care is given has changed over the years, maternal and infant health outcomes (markers of health including maternal and infant mortality) have improved alongside these changes. Improvements in health outcomes are partly due to the greater use of evidence based interventions and practices. These interventions consist of, for example the different care ‘options’ offered to women, such as place (hospital or home) and mode of birth (vaginal or caesarean) and treatments for medical conditions including high blood pressure or diabetes. Many interventions have been evaluated within randomised trials. When treatments are shown to be effective and safe clinicians are confident offering these to  women. Similarly women can be confident if they chose to accept them. Some interventions however have not been evaluated adequately and these are some of the interventions we are currently helping to investigate .

When care options are discussed in pregnancy it is not just the research evidence and interventions that are considered. The woman’s preferences and personal beliefs and the health professional’s (midwife or doctor) expertise and experience are also important.