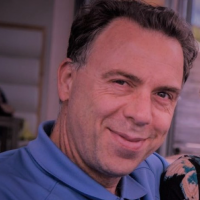 Dr John Stoves gained his MbChB (Bachelor of Medicine, Bachelor of Surgery) and Doctor of Medicine (MD) research degrees from the University of Edinburgh in 1991 and 2005 respectfully. He joined the team in Bradford as a Consultant Nephrologist in 2003 following completion of specialist training and research in Yorkshire and The Humber. Dr Stoves has been instrumental in the setup of the renal research team in Bradford, acting as Research Lead from 2011 until 2013 before taking on the role of Renal Clinical Lead for the Yorkshire and the Humber Strategic Clinical Network.

Dr Stoves and Dr John Connolly received the British Journal of Renal Medicine’s Innovation in Renal Medicine Award in 2011, based on the introduction of an e- consultation service for primary care teams and other patient record sharing initiatives to improve communication between primary and secondary care. Dr Stoves and primary care team colleagues were also awarded the BMJ Renal Team of the Year award in 2013 for a project to improve the detection and management of chronic kidney disease in the community. Dr Stoves has presented numerous abstracts at national and international meetings, and has published several papers in peer-reviewed journals. He has been Principal Investigator for several multi-centre studies and has led on a number of quality improvement projects including Bradford’s participation in the Health Foundation Tackling AKI project. Dr Stoves is an Honorary Senior Lecturer of Leeds and Bradford Universities.